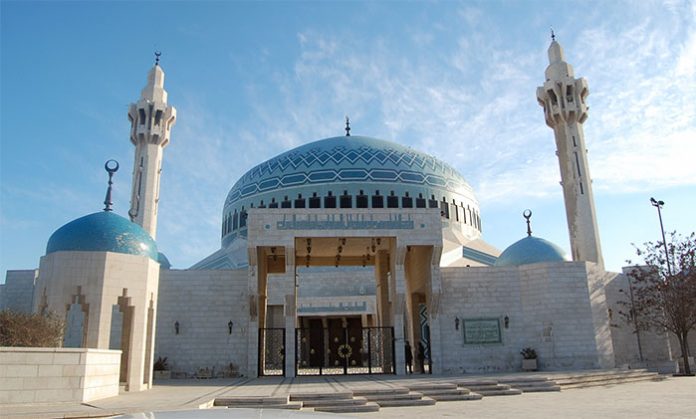 King Abdullah Mosque Completed in 1989 as a memorial by the late King Hussein to his grandfather, Jordan Tour

this blue-domed landmark can house up to 7000 worshippers, with a further 3000 in the courtyard. Jordan Tour

There is also a small women’s section for 500 worshippers and a much smaller royal enclosure. Jordan Tour

the cavernous, octagonal prayer hall is capped by a magnificent blue dome 35m in diameter, decorated with Quranic inscriptions.

This is the only mosque in Amman that openly welcomes non-Muslim visitors.

The Islamic Museum inside the mosque houses a small collection of photographs and personal effects of King Abdullah I.

Shards of ancient pottery are also on display together with coins and stone engravings.

of recurring patterns meant to direct worshippers toward the Kiblah. All the walls, including the Kiblah, the pulpit,

and the Mihrab are panels with wooden and marble oriels.

Close to the entrance, there is a small Islamic Museum, including personal acquisitions and photos

One of the largest mosques and cleanest and most beautiful, where there are many

celebrations and religious conferences and has religious activities daily throughout the holy month of Ramadan. 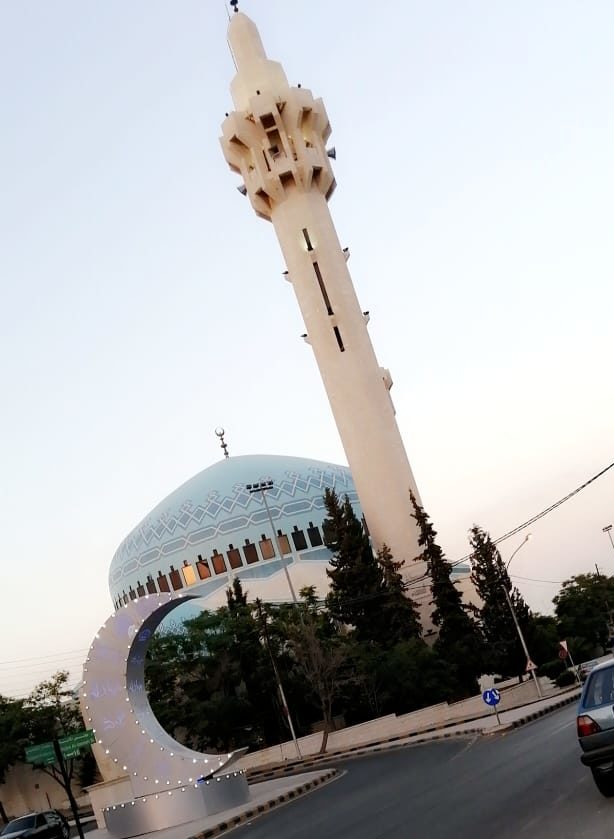