Karak Castle Day Tour Start From Amman escorted by English speaking driver (From One to Three Persons in a Modern Sedan Vehicle. Four to seven using H1 Minivan ). Pick and drop off to / and from your hotel, morning at 08:00 am and returns back to Amman around 17:30.

12:30 Drive to Karak Castle by Kingshighway.

15:00 Drive to Restaurant For Lunch (Optional).

Karak Castle Day Tour Start From Madaba escorted by English speaking driver (From One to Three Persons in a Modern Sedan Vehicle. Four to seven using an H1 Minivan ). Pick and drop off to / and from your hotel, morning at 08:00 am and returns back to Amman around 16:30.

11:30 Drive to Karak Castle by Kingshighway.

14:00 Drive to Restaurant For Lunch (Optional).

Karak Castle Day Tour Start From Dead Sea escorted by English speaking driver (From One to Three Persons in a Modern Sedan Vehicle. Four to seven using an H1 Minivan ). Pick and drop off to / and from your hotel, morning at 08:00 am and returns back to Amman around 16:30.

12:00 Drive to Karak Castle by Kingshighway.

14:00 Drive to Restaurant For Lunch (Optional).

we recommend you Add Madaba. Mount Nebo By Kingshigway

Start at 8:00 AM will help more to visit all these sites. 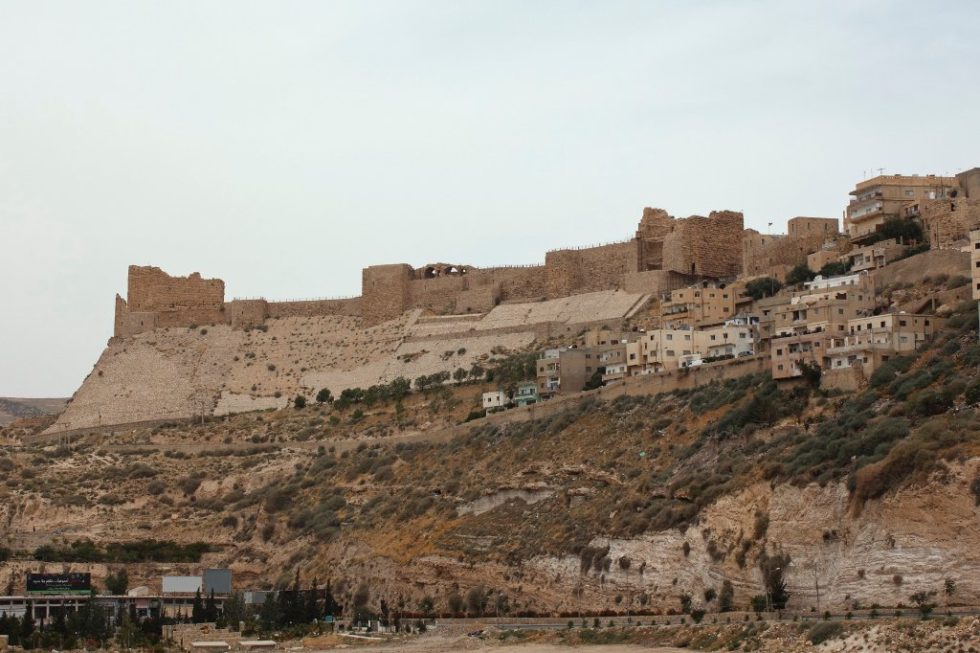 It is one of the largest crusader castles in the Levant. Construction of the castle began in the 1140s, under Pagan and Fulk, King of Jerusalem. The Crusaders called it Crac des Moabites or “Karak in Moab”, as it is referred to in history books. It was also colloquially referred to as Krak of the Desert.

The imposing castle that visitors can admire today was built by the Crusaders in the mid-12 century A.D. and was the base of lord Raynald of Châtillon’s reckless and cruel campaigns. Karak withstood several Muslim sieges but finally fell into Saladin’s hands in 1187. Under the rule of Mamluk sultan Baibars from 1264 on, the castle was substantially renovated with stronger fortifications and additions such as the fortress keep at the north.

Pagan was also Lord of Oultrejordain and Kerak Castle became the centre of his power, replacing the weaker castle of Montreal to the south. Because of its position east of the Dead Sea, Kerak Castle was able to control Bedouin herders as well as the trade routes from Damascus to Egypt and Mecca. His successors, his nephew Maurice and Philip of Milly added towers and protected the north and south sides with two deep rock-cut ditches (the southern ditch also serving as a cistern). The most notable Crusader architectural feature surviving is the north wall, into which are built immense arched halls on two levels. These were used for living quarters and stables, but also served as a fighting gallery overlooking the castle approach and for shelter against missiles from siege engines.

In 1176 Raynald of Châtillon gained possession of Kerak Castle after marrying Stephanie of Milly, the widow of Humphrey III of Toron (and daughter-in-law of Humphrey II of Toron). From Kerak Castle, Raynald harassed the trade camel trains and even attempted an attack on Mecca itself. In 1183 Saladin besieged the castle in response to Raynald’s attacks. The siege took place during the marriage of Humphrey IV of Toron and Isabella I of Jerusalem, and Saladin, after some negotiations and with a chivalrous intent, agreed not to target their chamber while his siege machines attacked the rest of the castle. The siege was eventually relieved by Baldwin IV of Jerusalem.

Saladin besieged Kerak again in 1184. Saladin attempted to fill the ditches that prevented siege engines from getting in range of the castle wall. However, just like the first siege of Kerak, Saladin and his men left before a reinforcing crusader army could come to the castle’s aid. This siege only lasted four weeks.

The last siege of the 12th century was led by Sa’d Al-Din, Saladin’s nephew, in 1188. Unlike the sieges before it, the Muslim army was not under the threat of crusader reinforcements. The year before Saladin had defeated an outnumbered crusader army at the Battle of Hattin and therefore the crusaders could not gather enough troops to reinforce Kerak. The Muslim army cut off supplies to the castle, and Kerak surrendered several months after. When the castle had fallen, it is believed that it was due to a lack of arms, not a lack of food. With the fall of Kerak, the Castle of Montreal, which had been replaced as the centre of the lordship by Kerak, surrendered soon afterwards.

In 1263, the Mamluk Sultan, Baibars, enlarged and built a tower on the northwest corner. Under the Ayyubid Dynasty, Kerak served as the administration centre for all of the regions of Jordan. When Saladin’s brother, al-‘Aldil was awarded control of the castle, he made it the site of one of his treasuries. Kerak would continue to serve as the home of a royal treasury for the remainder of the Ayyubid Dynasty. During some internal conflict by members of the Ayyubid Dynasty in the 1230s and 40s, Kerak was one of the three princedoms that we’re able to remain independent. The castle was retaken by the Egyptian Sultan al- Salih Ayyub in 1249.
Kerak was so important to the Ayyubids that it is recorded that only the governors of Kerak and Damascus were allowed to carry their official correspondences on red paper. By 1263, Kerak was under the rule of the Mamluk Sultan Baybars.
Under the Mamluks, Kerak continued to remain an important administrative centre. Ibn ‘Abd al-Zahir stated that the castle held four ministries: the ministry of the army, the ministry of finance, the ministry of Kerak and the chancery. Due to the castle’s importance, it also maintained a significant military force, which under the rule of al-Mughith, contained at least 700 horsemen.

Kerak Castle was besieged again in 1834 by a rebel leader of the peasants’ revolt in Palestine. In 1840, Ibrahim Pasha of Egypt captured the castle and destroyed much of its fortifications. In 1844, his troops, who did not have control over the surrounding countryside, came under siege. They were eventually starved out and many were killed.

During the Ottoman Empire, it played an important role due to its strategic location on the crossroads between the Arabian Peninsula, Egypt and Greater Syria.

In 1893, the Ottoman authorities reestablished control over the area by appointing a mutasarrıf (governor) resident in Kerak Castle with a garrison of 1400, including 200 cavalries. Parts of the castle were reused. Some of the destruction that had occurred to the structure was due to locals removing stones containing potassium nitrate (“saltpetre”), which is used to make gunpowder.
Medieval historian Paul Deschamps studied Crusader castles in the 1920s. Amongst the important research done by Deschamps, in 1929 he and architect Francois Anus created the first accurate plans of Kerak Castle.

Kerak Castle is an example of one of the first castles built by the Franks that used a fortified tower structure and is a notable example of Crusader architecture, a mixture of west European, Byzantine, and Arab designs. Many early Frankish castles that predate Kerak were merely towers built along with the crusader states during the early years of crusading. In the second half of the twelfth century, the growing Muslim threat made crusaders update their castle design and prioritize defensive elements.
Kerak Castle is a prime example of a spur castle, a castle built on top of a mountain to take advantage of the natural topography, as it is built on the southern end of a plateau surrounded on three sides by steep hills. This had the advantage during a siege of concentrating an attack on only one side of the castle, so the defenders could locate most of their manpower there.
Spur castles also took advantage of “glacis,” a sloping hill that exposed attackers to the defenders.
The steep hills around Kerak are characteristic of a glacis.

A chapel was built on the east side of the castle, about halfway along the length of the curtain wall.
The castle also used man-made fortifications, including ditches and thick stone walls. Because Muslim armies started to move with siege weapons such as siege engines, Frankish castles started adapting by building thicker and more solid walls.
A “Byzantine ditch”, a ditch to keep siege engines at a safer distance, was constructed near the castle. There is another ditch near the town which is much deeper but less wide, to the West of the castle (now almost completely filled-in).
The crusaders used rough-shaped volcanic stone to build large walls around the perimeter of the castle. After Sa’d al-Din captured Kerak, the Muslims used limestone from nearby quarries to repair and expand the castle.
Both the Muslim and Christian stonework show signs of draft masonry, stone blocks that are smooth on the edges, but the centre portion is left rough and raised.

The castle walls are strengthened with rectangular projecting towers, pointing to the fact that it was one of the earlier castles constructed by crusaders, it was only later on in the crusades that the transition to round towers in the curtain wall was made to help with visibility. At Kerak, the towers are much closer together than at other castles, theoretically to help with visibility problems. The towers were also placed at regular points along the wall; this is called the Byzantine tower structure—the square towers at Kerak are identical to the ones used by the Byzantine empire.

While Kerak Castle is a large and strong castle, its design is less sophisticated than that of concentric crusader castles like Krak des Chevaliers, and its masonry is comparatively crude. Many of its defences were destroyed and rebuilt during its conquest by the Ayyubid and Mamluk dynasties.
Under An-Nasir Dawud, much of the defences of Kerak were expanded and improved in 1244-45.
In 1227, the Sultan of Damascus al-Mu’azzam ‘Isa, commissioned the construction of a tunnel that ran from the castle into the town.

While Kerak Castle had historically been used to protect the assets of crusader states in the Latin Kingdom of Jerusalem, today its job is much more mundane. The city surrounding Kerak Castle is home to roughly 170,000 people and is a “lively tourist destination.
” Many people travel along the ancient King’s Highway to stop at Kerak on their way to other tourist sites.
in 1985 the World Heritage Committee decided that Kerak should not be a UNESCO site as there were “more representative examples of crusader castles”.This is in part because the castle is not in the best condition and there are multiple examples of crusader castles in the Transjordan that are in better repair.

In the lower court of the castle is the Karak Archaeological Museum, which was opened in 2004 after renovation work. It introduces local history and archaeology of the region around Kerak Castle – the land of Moab – from prehistory until the Islamic era. The history of Crusaders and Muslims at Kerak Castle and town is introduced in detail.

Saladin is the Western name of Salah al-Din Yusuf ibn Ayyub, the Muslim sultan of Egypt and Syria who famously defeated a massive army of Crusaders in the Battle of Hattin and captured the city of Jerusalem in 1187. At the height of his power, he ruled a unified Muslim region stretching from Egypt to Arabia.

Salahuddin signed the Treaty of Ramla with Richard I (the Lionhearted) in June of 1192 following the Battle of Arsuf in September 1191. He died in Damascus in 1193 and the Ayyubid dynasty succumbed to the Mamluk Sultanate in 1250. 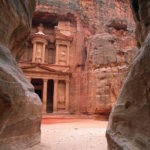 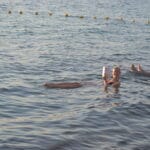 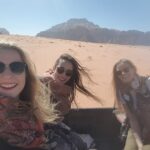 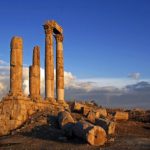 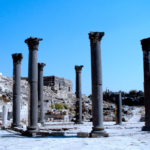