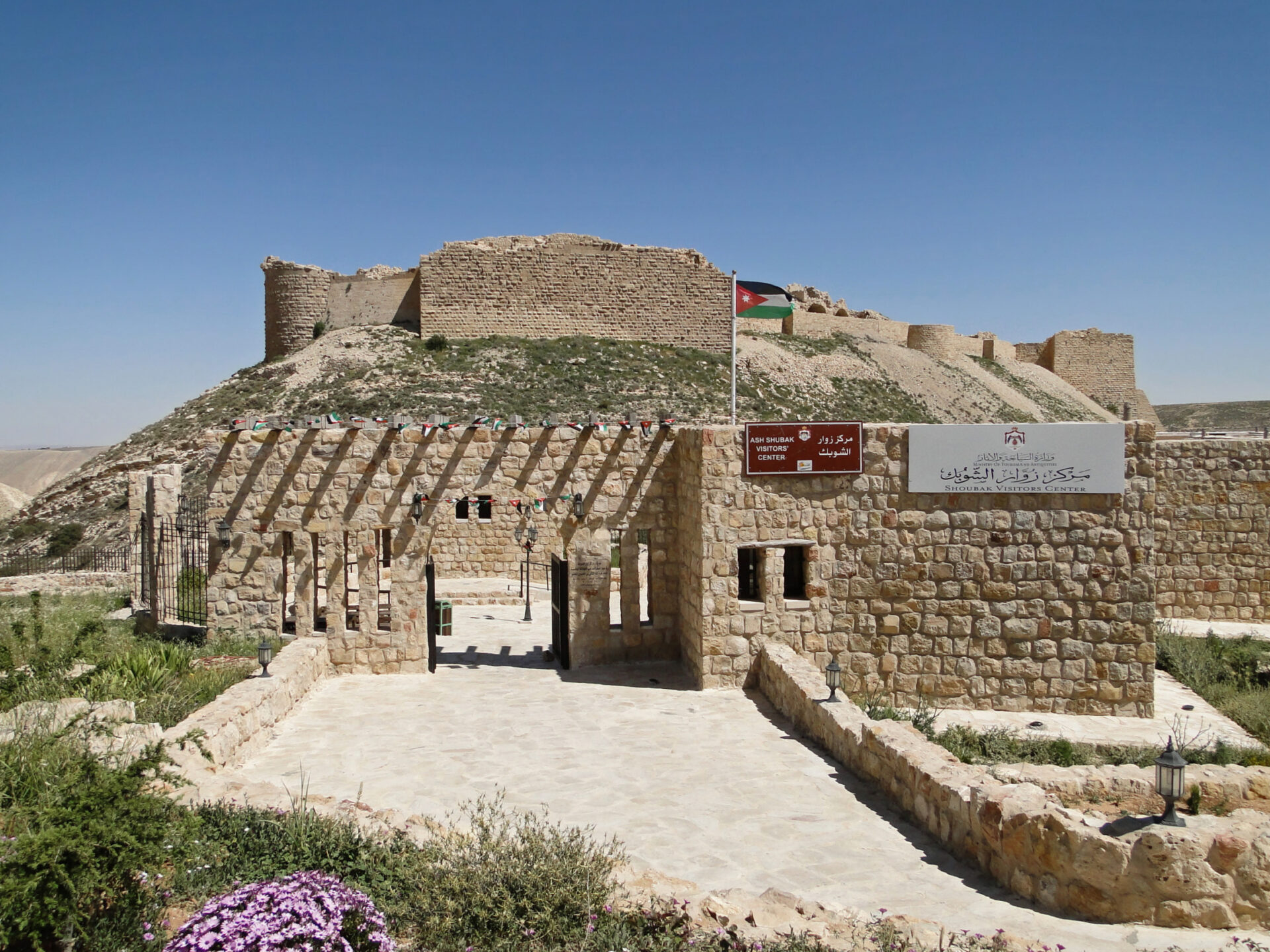 Montreal is a Crusader castle on the eastern side of the Arabah, perched on the side of a rocky, conical mountain, Jordan Tour

looking out over fruit trees. The ruins, called Shoubak or Shawbak in Arabic, are located in the modern town of Shoubak in Jordan.

it was named in honor of the king’s own contribution to its construction (Mont-Royal). Jordan Tour

The castle is located on a round hilltop site that is separated from the rest of the plateau of Edom,

which along with the Moab formed the core of Oultrejourdain.

The castle was strategically important due to the fact that it also dominated the main passage from Egypt to Syria.

This allowed whoever to hold the castle to tax not only traders, both those who were on pilgrimages to Mecca and Medina.

As you climb up from the entrance, there are some wells on the left. Soon after passing these,

you’ll see the reconstructed church, one of two in the castle, down to the left.

It has an elegant apse supported by two smaller alcoves.

The room leading off to the west was the baptistery; on the north wall, there are traces of water channels leading from above. 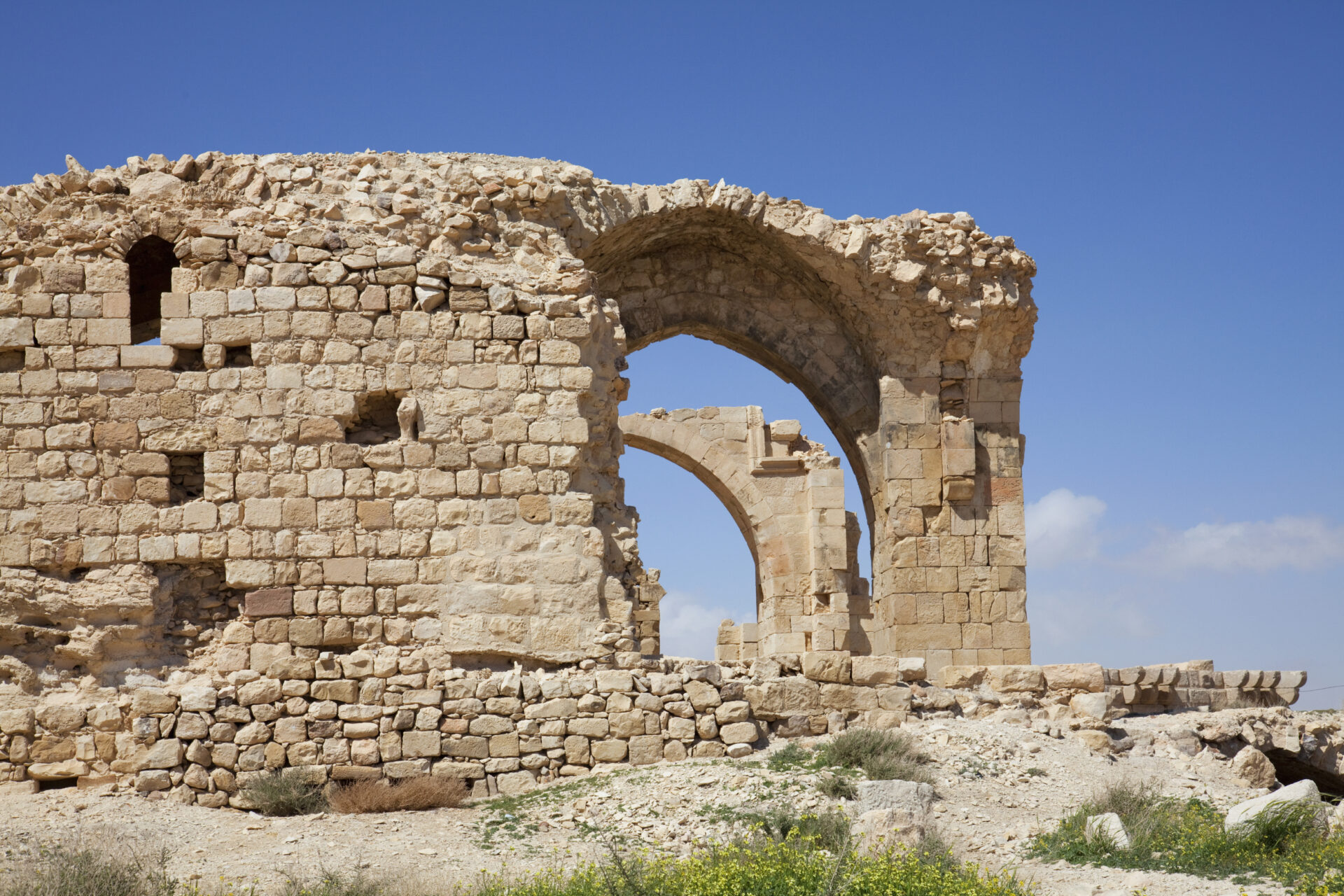