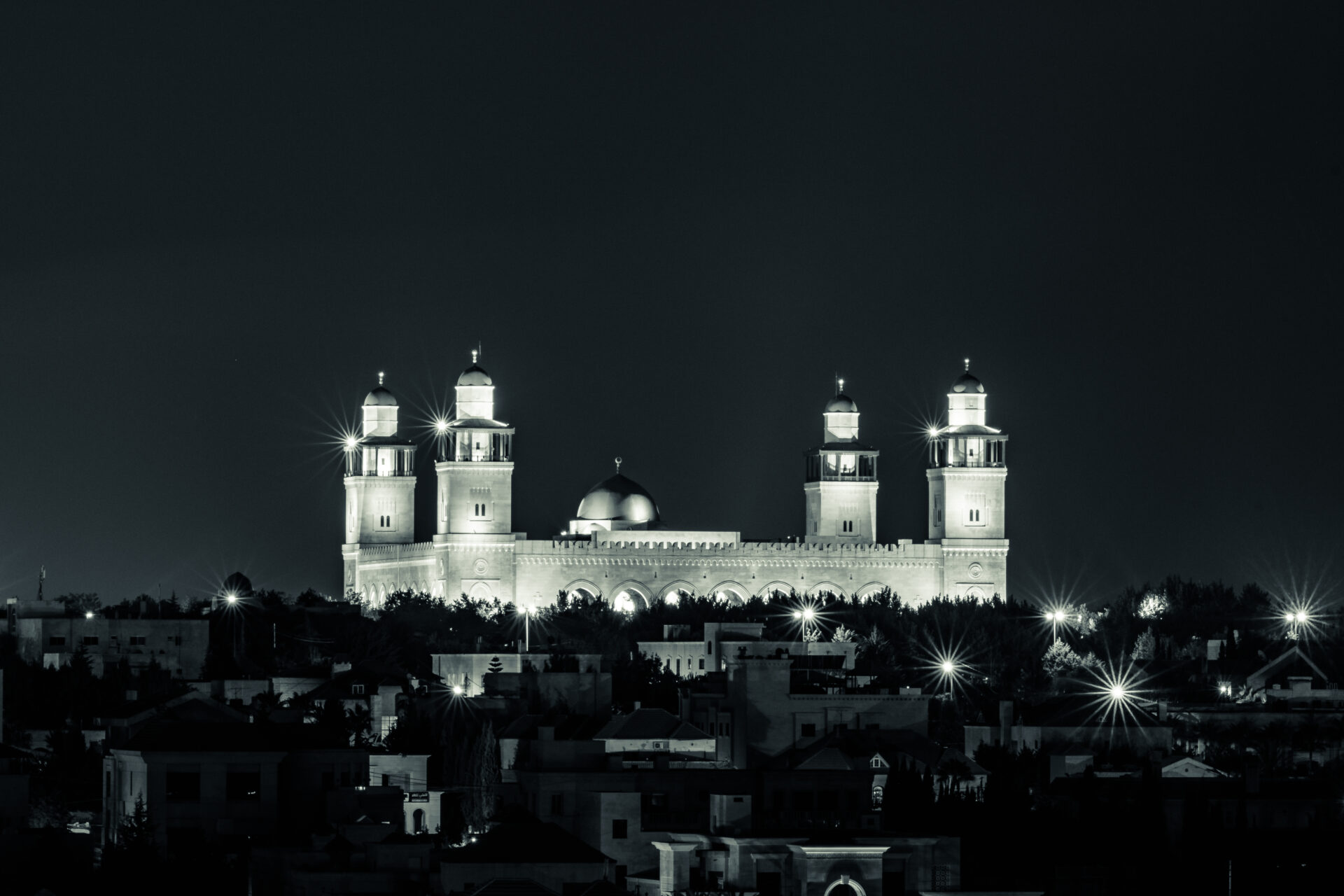 Not to be confused with the 1924 Grand Al-Husseini Mosque, also known as King Hussein Mosque, in Downtown Amman.

King Hussein Mosque was built in 2005 in the reign of King Abdullah II in West Amman, Jordan Tour

The mosque is located at an altitude of 1,013 meters (3,323 ft) above sea level and can thus be seen from most parts of Amman.

It is square and features four minarets and marble floors.

which houses a number of relics associated with the Prophet Muhammad.

King Hussein Mosque is the largest and most modern mosques in Jordan.

the King Hussein Gardens near Al Hussein Medical City. It is strategically located overlooking Amman and the Wadi Sir

Mountains. It is characterized by its square shape and minarets The four floors have marble flooring.

in the Islamic inscriptions on walls, arches, arches and floors to be a witness to the extent of the

Hashemites’ interest in the building of the houses of God.

The design of the mosque is dominated by the architecture of the Islamic region of the Levant,

which is clearly visible in its internal and external facades, in order to

which have acquired the Jordanian building stone in colors, patterns, formations, and Islamic inscriptions, in order to

as well as all the courtyard floors, entrances and corridors surrounding it. because

The mosque’s mihrab is an Islamic masterpiece reminiscent of traditional Islamic arches made of pure wood. and

It used walnut and oak to bind it in the way of interlock without the use of adhesive or metal for installation, so

a method that has not been used for 200 years.in order to 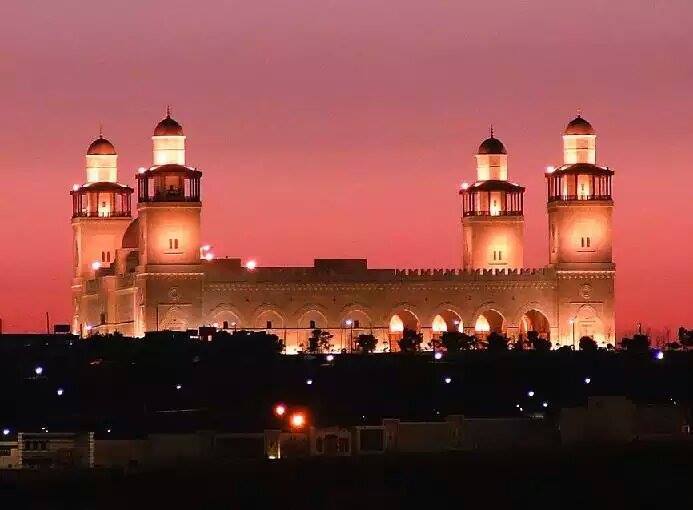